A Day for Research and a New Name in English

While it was a first for Research Friday, it was the second time that the University's Day was held. Rector Lena Nordholm started the proceeding by announcing that the University College of Borås will change its international name, a fact that she also presented in an article in Borås Tidning the same day.

"We often talk about international adjustment of higher education and research. Why then stick to the division between universities and colleges, when all it does is create confusion abroad?"

Knowledge and Education in Focus

Apart from the name-change, the focus of the University's Day was on knowledge and education. Bernt Gustafsson, Professor at the University of Örebro, spoke about the many shapes of knowledge and its role in various areas. He has written a number of books on the subject of education, of which the latest is entitled 'Education in Change'.

"The discussion about knowledge is pretty new. It wasn't until the eighties that knowledge was discussed in a new way."

Before that it was the Platonic ideals from around 400 BCE that ruled. Those ideals dictated that knowledge is what one holds as true. Bernt Gustafsson gave his view of knowledge and he spoke in favor of interdisciplinary collaboration.

"It is the most fruitful perspective. Practice and theory simply belong together."

When the Champagne has Run Dry 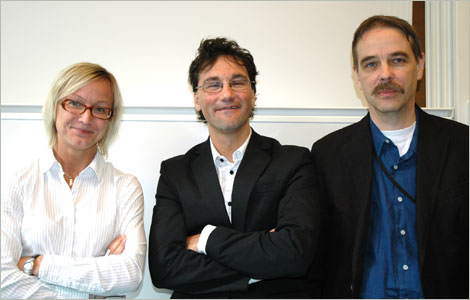 The more than one hundred participants were also given a presentation of current research in Borås. The first group to take the stage was the crew behind smart textiles. Pernilla Walkenström, Assistant Professor, Erik Bresky, temporary Prefect, and Professor Lars Hallnäs spoke about what will happen now, after they've been showered with resources.

"When I came to the Swedish School of Textiles in 2002 I thought things were playful and experimental, maybe too much so, but as it turned out it was very exciting playfulness that generated an internationally powerful research environment," revealed Erik Bresky.

In three to eight years time the first smart textiles will, according to calculations, be set for production and generate significant growth in the region. Lars Hallnäs gave his views on how researchers and the regional companies could cooperate with respect for each others' differences.

Waste and Traditional Business in Sjuhärad

Another researcher that was given the opportunity to talk about his work was Mohammad Taherzadeh from the School of Engineering. His research has also generated a lot of attention in the media; he is researching the extraction of energy from garbage.

Pro-Rector Björn Brorström, Professor Anders Edström and PhD Margareta Oidhuis finished the day off by presenting their research project about business, tradition and renewal in the Sjuhärad region.

If you missed their lecture they recently published a report on the subject. Be on the lookout for Nr. three of the University's series 'Science for the Professions'. 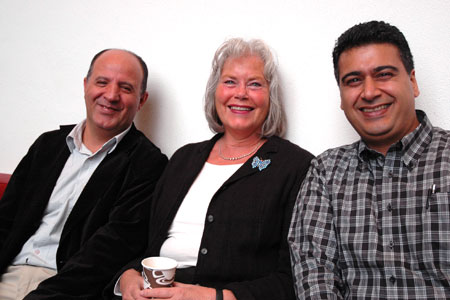 Here are a few of the participants at the University of Borås Day: Majjid Jaffari, Ingela Högberg and Kamran Rousta.