The University Educates for the Future

The future looks bright for professions like recreation instructors, two-year engineers and primary school teachers. Librarians will also have an easier time getting a job in the near future, although it’s been a profession which has been wrongfully pointed out as one with great surpluses.

In a report from the Swedish National Agency for Higher Education (HSV) the eleven professions that are expected to lead to employment are presented. Education for six of the professions is available at the University of Borås.

- We have known that finding a job as a librarian is not at all as hard as the media makes it out to be. Therefore, we have approached Statistics Sweden (SCB) in order to get them to take into account certain changes in library education when developing new prognoses, says Margareta Lundberg Rodin, prefect at the Swedish School of Library and Information Sciences. 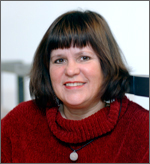 Media has previously warned students not to get librarian educations, arguing that student loans are costly, that too many are being educated and that there are no jobs.
- The conclusions were based on a prognosis with 2005/2006 stats from Statistics Sweden, and are not compliant with reality since fewer people nation-wide are getting an education and several educations have be remodeled, says Margareta Lundberg Rodin.

- The new prognosis from 2008 (external link) shows a significantly smaller surplus than before. That has fortunately enough reached the media. According to the new Statistics Sweden prognosis, unemployment might hit in 2030, but the situation on the labour market, the number of people educating themselves, and what they’re educating themselves into, is hard to foresee. The world constantly changes and so does the range of educational programmes and courses.

Since the implementation of the Bologna process education in library and information science has been remodeled. New levels have been added, new specialisations and new names. The changes have opened the door for new professions like information specialist, information architect and web editor. A new master education in digital services and communication will be given as of this autumn.

- The information society is becoming more and more complex and digitalization is rapid. We have to meet the needs from the practical side of things and both educate and further educate students with new and broad competence, says Margareta Lundberg Rodin.

Got a Job Quickly 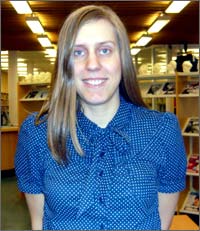 Anna Nyströmer is the librarian at the Sollentuna Libraries, and works at the Rudbeck High School Library. She graduated in 2006 and did not experience problems in getting a job.
- I had found a job before I even graduated. What really took time was writing application letters and resumés, that was difficult. I applied for a lot of jobs, for every librarian job in all of Sweden. I didn’t matter where I got a job, she states.
- When I applied for my present position I was moving from Göteborg to Stockholm and most of all wanted to work in a school or high school library. That’s why I applied only for those jobs, and at the time there were only four of them available.

A tip from Anna Nyströmer to those looking to work in the library sector is to apply for an evening job or an internship.
- It’s both fun and educational, and it gives you experience for future job applications.

Generational Change and Other Changes on the Way

Through articles Margareta Lundberg Rodin has informed the press about the new prognosis for the profession and simultaneously informed about the new educational programmes.
- Right now there is a generational change going on, and people born in forties are entering retirement. New managers are needed and relatively few librarians apply for those positions. There is parliamentary work being done in strengthening the role of libraries, which might lead to more work in that field, she says.
- All this is going on as society’s demand for information is changing and the need for skills like social analysis, digitalization and information structuring in the information trade are increasing.

At the same time Margareta Lundberg Rodin points out that she does not want to trick the students.
- It’s not all wealth and beauty. Having to start your career as an extra or having to move from the bigger cities if you want a permanent job is still common. Librarian and other information jobs are interesting and ever-changing professions that require good communication skills. It is also important to point out that the School in Borås trains students for more jobs that that of the librarian, and that Borås is number one in the country in education as well as research. One advantage is that the education always gets the latest from research in the field, Margareta Lundberg Rodin concludes.

To read more about a job-safe education at the University of Borås:

Two-year Engineers, The School of Engineering