As of August 1st, Björn Brorström is the new rector at the University of Borås. He has held the position of pro-rector since 2006, and this spring the government named him Lena Nordholm’s successor as rector. 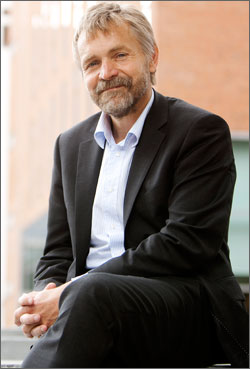 A professor of business administration, Björn Brorström has scanned quite a few annual reviews of the city budget. His dissertation looked at use and design of annual city budget reviews. Before he became pro-rector at the University of Borås in 2006, Björn Brorström was prefect at the School of
Public Administration at the University of Gothenburg.

As pro-rector, he has been active in favour of research and research education, which is work he aims to continue with as rector.
“Rights to issue research degrees is an important aspect to the university’s research operations, and therefore still highly prioritised. A primary reason for conducting comprehensive research is that the weight of the education at the basic and advanced levels is tied to how research is treated. We are
dealing with a form of quality assurance,” says Björn Brorström.

The new rector at the university points to the weight of strengthening cooperation with businesses and organisations. Within the university, he wants to review the internal management structure.
“We now enjoy solid contacts with organisations around us, but we can improve even more,” says Björn Brorström. “To me, it is of high priority to develop cooperation with companies and public administration, and thereby strengthen and clarify the meaning of science for the professions,” he
explains. 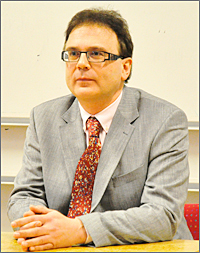 The official installation of the new rector takes place on the 23rd of September. For information on the
installation, please contact Monica Hammarnäs.