A new Waste Recovery project with four countries in the Mekong region in Southeast Asia has been launched. Four cities in four countries are now engaged in a co-operation with Waste Recovery - International Partnership with the aim to overcome the waste problem that increases in the tracks of the rapid development in the area.

The countries participating in the project are Thailand, Laos, Cambodia and Vietnam. 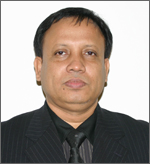 -The Mekong region is developing very fast right now. Cities are growing and problems of waste, thus increases also. It is difficult to find new sites for landfill, explains Dr. Muhammad Abu Yusuf from The Asian Institute of Technology and the head coordinator of the Mekong Region Waste Refinery-International Partnership Project.

In Mid-December a delegation from Thailand and Cambodia has made a first study visit in Borås to Borås Energi & Miljö AB, the local energy and waste management company, Sobacken, the local waste management plant,  the water treatment plant at Gässlösa, the thermal power plant in Borås, SP Swedish technical research institute, and the science centre “Navet”.
In January, a new delegation comprising two officials in technical management from each city will arrive in Borås for a four week long study visit to learn more about waste management, resource recovery and the form of cooperation applied in the City of Boras under the concept of Waste Recovery - International Partnership, where the municipality/city, energy company, university and technical research institute co-operate.

Study visits in the participating countries

The four weeks in Borås will be followed by a period of training in Bangkok in June next year. And then further study visits will be carried out in Laos, Cambodia and Vietnam.
-We want to engage the political leadership and the GPO:s  in the cities of the four countries, explains Dr. Yusuf.
Ultimately, the aim is to achieve “zero waste and zero landfill”.