He went through three universities to reach a doctoral position. But he started the career path in Europe at the University of Borås in Sweden. 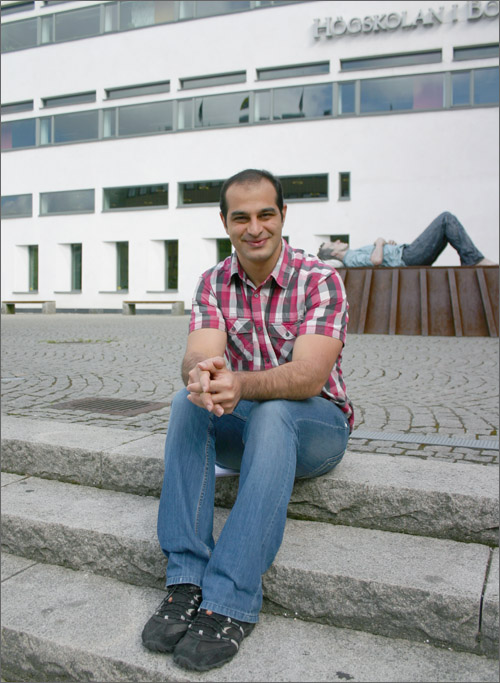 - The reason why I selected a study programme in Borås is because I wanted to study abroad. Actually I first looked for universities in countries like Malaysia and India. But then I found out about the University of Borås from a former student here. The fact that it then was tuition free to study in Sweden made it easy for me to decide.

The study time in Boras was tough. When he came here he had to study in a foreign language, he had no friends or relatives in Sweden and felt alone. It took a long time before he felt in balance. But the study year in Borås prepared him well for the continuation at Chalmers.

- The study time in Sweden has been very good. I am satisfied because I think choosing to study in Europe made it easier to find a PdD-position here.

During the studies he has changed direction several times, although all the time focus has been on electrical engineering. At the University of Borås the focus of the MSc program was biomedical engineering and signal processing (bioimpedance), at Chalmers the focus was image processing and during the exchange studies in Extremadura it was robot control. And it is there he now will spend the coming four years. His research subject is not entirely defined, but it will be something about functional order systems and control with a lot of mathematics applied on mainly robot control for prostheses.