For the first time, the scientific conference Ambience’11 hosted an exhibition at the Museum of Textile History in Borås and where participating researchers exhibited smart textiles and other objects. The exhibited objects ranged from a pouf that breathes to masks changing color with body temperature.

The exhibition at the Museum of Textile History was a new approach and introduced a more experience-focused conference. The exhibited objects ranged from a pouf that breathes to masks changing color with body temperature. 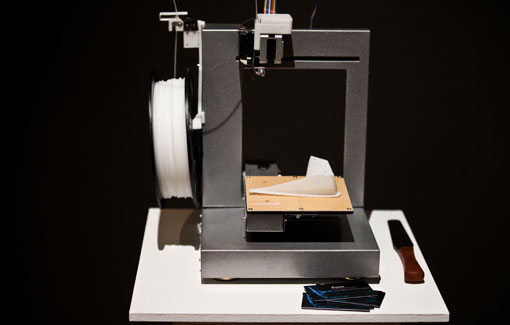 iForm is an interactive iPhone sculpture. By downloading a GPS function to their phones, exhibition visitors were able to see the locations of the other people of the group.
- The software calculates the distance between each individual and the locations form clusters which in turn shapes into a plastic form, a small plastic sculpture, says James Charlton, one of the researchers behind iForm, New Zealand. James Charlton and his colleague Nico Refiti is interested in how we relate to the people in our immediate surroundings – in the spatial sense. Through a formula, a physical shape is created from the distance between people and becomes what James Charlton refers to as a “relational map”. 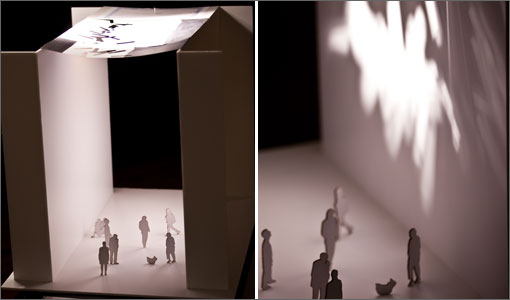 Light and Shadow Play is a project exploring different ways to use the sun to pronounce aesthetics through textiles in an urban environment. The sun’s path across the sky creates varying patterns in different places when it shines through the textile forms. Researcher: Barbara Jansen, the Swedish School of Textiles/Smart Textiles and Marie Ledendal, School of Textiles and Design, Heriot-Watt University.

Pouffy – the pouf that breathes was created by Twenty121. The idea behind the piece of furniture that breathes and moves is to keep its user company. If someone sits on it, it emits a “purring” sound to show its appreciation. 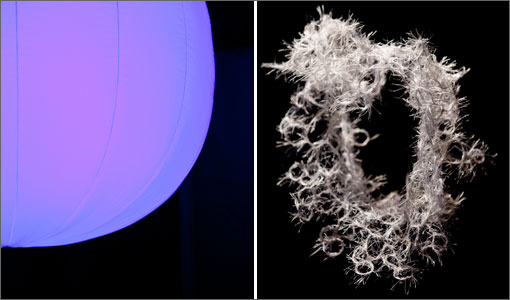 Woven light (left) may look like a lamp, but researcher Jan Carleklev considers it to be more about designing time, creating an experience for the audience. Tensed up (right) is a material which reacts to electric energy, both from people’s movements and sources of strong electricity. The material, which is conductive and resembles feathers, grow rigid when exposed to electricity. Researcher: Clemens Winkler. 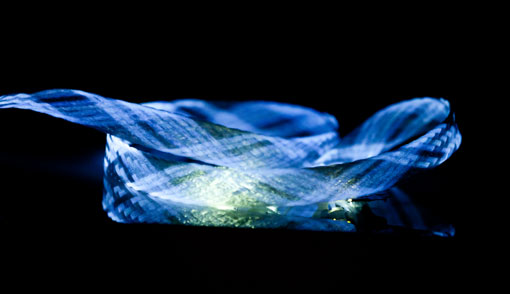 rhythm exercise_13in1 is a braided object based on thirteen lengths of optic fibers which emits light through LED (Light Emitting Diode). The object is programmed to create moving light and conveys a feeling of 3D. Researcher: Barbara Jensen, the Swedish School of Textiles/Smart Textiles. 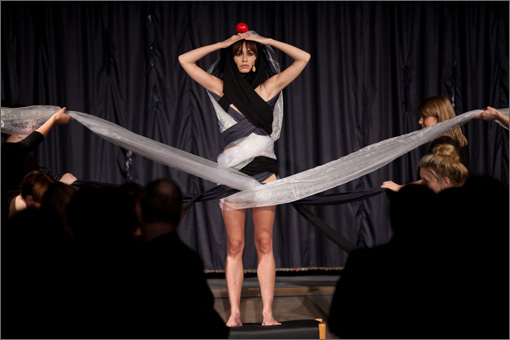 A formal dinner at Borås City Hall concluded the second day of the conference. The dinner guests were presented with an experience out of the ordinary in the performance Effect/Affect by Ulrik Martin Larsen, doctoral student in fashion design at the Swedish School of Textiles. The garments displayed during the performance were made by Delia Mihaela Dumitrescu, Mika Satomi, Lotta Lundstedt, Rickard Lindqvist, Stefanie Malmgren de Oliviera and Karin Landahl, all of whom are researchers at the Swedish School of Textiles.