Four doctoral students in fashion, Rickard Lindqvist, Karin Landahl, Stefanie Malmgren de Oliviera and Ulrik Martin Larsen, from the Swedish School of Textiles are headed for London in February to hold an exhibition at London College of Fashion. - We are the first generation doctoral students in Fashion Design in Borås and the Dressed Integrity exhibition is kind of an introduction to us and our fields of research, says Rickard Lindqvist.

All four are headed for their very own doctor’s hats in the new research field of Textile and Fashion Design. And now, Rickard Lindqvist, Karin Landahl, Stefanie Malmgren och Ulrik Martin Larsen will exhibit selected items from their research projects at London College of Fashion. The opening is on February 21st in London.

- The topic of Dressed Integrity is various ways of working with integrity in one’s working methods. For me, who work in cutting-out and pattern making, it is mostly about focusing on the body from the very beginning and working as closely to the original idea as possible, says Rickard Lindqvist.

The exhibition is open between February 21st and February 28th and display assorted media such as movies, image series and experimental garments. 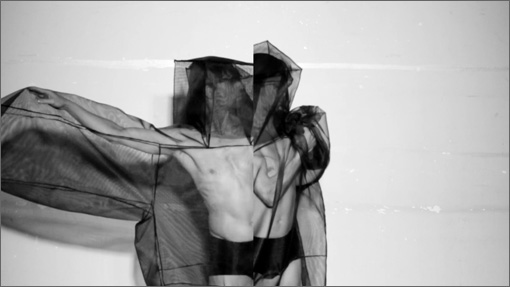 Collaboration with London College of Fashion

Rickard Lindqvist studied Fashion Design at the Swedish School of Textiles and since his graduation in 2005 he has collaborated with several successful fashion businesses such Vivienne Westwood, Nudie Jeans and Filippa K. His exhibition Covers, where he created a collection based on works by other artists and designers, attracted a lot of attention in 2010.

- After my graduation, I have worked as a visiting lecturer in Borås and thus never really lost contact with the Swedish School of Textiles, not even when working on my own brand. The exploratory work is the part that has always fascinated me the most, only in my days as a student there was no opportunities to do research. When an opening to deepen my knowledge presented itself, I did not hesitate to accept it.