In their exhibition, entitled Concocting, the Master's students at the Swedish School of Textiles show the work they have done during their two years of education. The student's works are based on individual design programs that they themselves have set up and ideas took shape and were reshaped along the way. The exhibition was displayed at Galleri KG52 for two full days in May 2013. 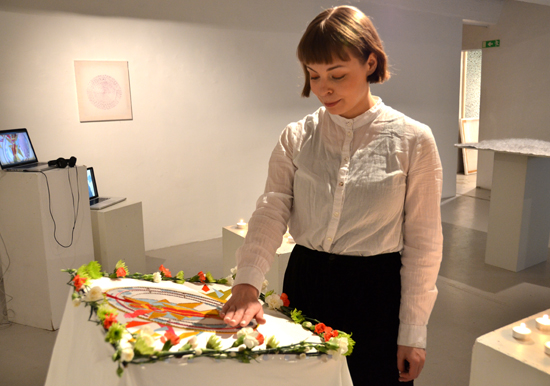 – All four of us are crazy about textiles and because we come from four different countries, all of us come with different perspectives on the field, says Tatiana Krupinina.

Tatiana Krupinina is originally from Russia and she brought an idea of smart textiles and cultural identity with her to the Master's Programme in Textile Design in Borås.

– I've tried to develop a method to create smart textiles. My point of departure is Russian culture, the Russian Orthodox Church, and the fact that people in Russia believe in miracles. I have created my own miracles, Tatiana says and shows one of her textiles, a kind of altar cloth that starts singing when someone comes close to the embroidery on it.

Tatiana has two purposes with her degree work, Russia: A Nation of Miracle Believers. In Russia, she aims to influence people's view on their own cultural identities by her critical approach to the way people looks to religion for miracles. In Europe, she hopes her work will make the Russian culture more comprehensible. 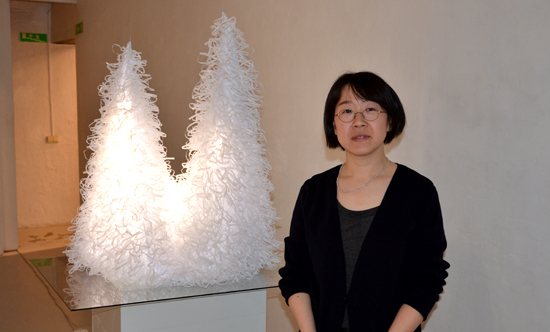 – Lighting is an important part when working with textile expressions.

Maiko Tanaka's degree work is called Ambiguous and unexpected and is meant to explore aesthetic expressions in weaving with the purpose of inspiring different feelings in people with the help of the tactile properties of the textiles. 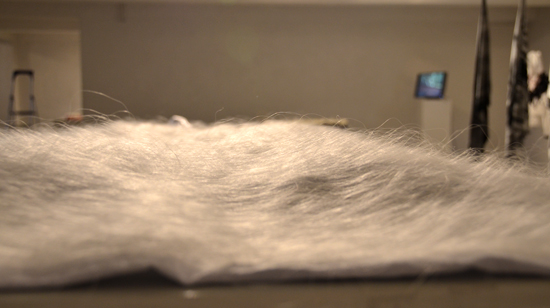 One of Maiko's textiles is a silk carpet, but not silk as we are used to seeing it.

– When we think of silk, we normally imagine it to be soft and smooth: here, it is coarse. That's the kind of unexpected effects I'm looking to create. 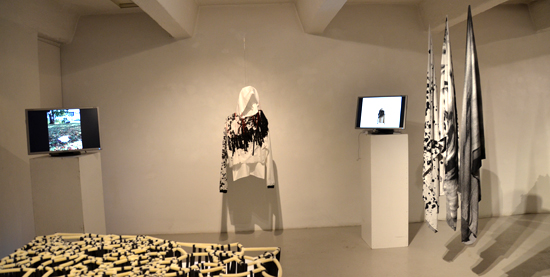 The Wind Projects is Una Baldvinsdottir's degree work. The project is based mainly on the unexpected, the uncontrollable. Movement and environment have been the guiding concepts of the process and by e.g. letting the branch of a tree decide the shape of a pattern, Una has allowed movement guide her creative process. 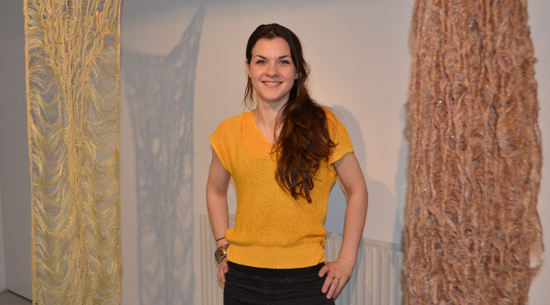 Dead Skin, Living Machine is the name of Jo-Anne Kowalski's project that revolves around textile objects and the interaction between them. Focus has been placed on knitting and the textiles have been left in the raw. 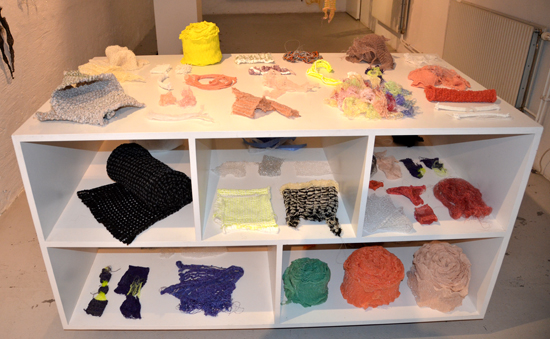 – One of the questions I want to pose with this project is: How do we manufacture textiles today? The way I see it, textile design is stuck somewhere between traditional and modern techniques, says Jo-Anne.