With a snip of the scissors from the hands of the consuls-general of Denmark and Estonia, a Nordic Baltic Culture Centre was opened in Shanghai on October 28th 2013. The centre, which the University of Borås has had an important role in shaping, is to spread knowledge of cultures in the Nordic and Baltic regions to students and employees at the University of Shanghai for Science and Technology (USST).

The inauguration of the Nordic Baltic Culture Centre began in the Music Hall, one of the eldest buildings on the USST campus site. A great many delegates from the countries involved participated in the event; all countries in which the USST has partner universities were represented. Notable speakers were Chen Bin, Vice President of USST,  Kalmar Kurs, Head of the European Union and International Cooperation Department at the Estonian Ministry of Education and Research, and Linda Backteman, Deputy Consul-General at the Swedish General Consulate in Shanghai. They all agreed on the value of  founding a communal centre intended to promote a knowledge of new cultures. 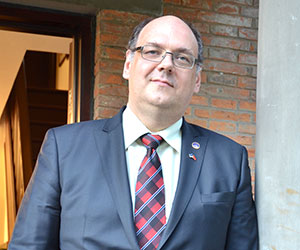 "Our university has had an agreement with USST for many years and has maintained an active student-exchange between the two universities. We are still in the process of increasing our internationalisation activities. The centre offers Estonian students who are currently in Shanghai a pleasant venue to meet, and where Chinese students can gain information about our culture. The centre also provides opportunities for collaborations between the participating countries. The fact that several small countries have started a communal centre is proof of the realisation that one can achieve more together than on ones own." 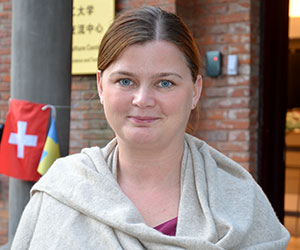 "The Nordic Baltic Culture Centre is a fine initiative. With its impressive mixture of nationalities, the centre stands a great chance of creating a platform for networking, for the sharing of experiences and cultural exchange. Through the centre we can also hope to raise an interest in our own cultures."

"The degree of  knowledge about Sweden in Shanghai varies but they are familar with the fact that we are well updated on environmental issues and that we have an open society. People also know that IKEA and H&M are from Sweden. We do, however, have the same problem as other countries with the confusion of Sweden and Switzerland. Recently a communal campaign was started to explain and clarify the geographical and cultural differences between Sweden and Switzerland." 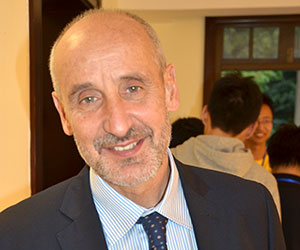 Sergio Paba, Vice-Rector at the University of Modena and Reggio Emilia, Italy

"I am acting as Guest Professor through an exchange between my university and USST. When I first arrived, I was impressed by all the cultural centres, not only because of the beautiful buildings and the surroundings, but because of their significance. The USST provides a gateway  to the world through its centres and helps students learn the importance of approaching other cultures with openmindedness."

"Discussions are being held on the possibility of opening a centre specifically for Southern European Culture, but so far the Italian section is housed in the same building as the Nordic Baltic Culture Centre." 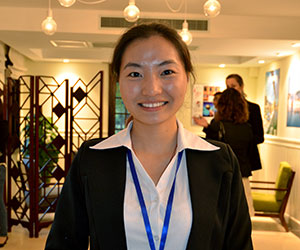 Arlene Ma, an English Master student at the University of Shanghai for Science and Technology

"I visit the centres regularly as they have a score of interesting activities and I likte to meet and speak to new people. At the Nordic Baltic Culture Centre I feel particularly at home."

The University of Shanghai for Science and Technology (USST) campus in Shanghai has an international culture park where one finds for example British, German, American and Japanese centres. The aim of the culture centres is to spread knowledge about regions and cultures to students and people employed by the university. Different activities are organised, such as a current photo exhibition at the Nordic Baltic Culture Centre presenting a photographer from Borås. Plans are also being made for a an Estonian week. The idea is to organise an advisory board with representatives from all countries  and to arrange for them to be in charge of one month each. This coming spring, a music festival will be jointly arranged by the  culture centres.