The Erasmus Student Network (ESN) of Borås welcomes all local ESN sections to a National Platform at the University of Borås, September 19-22. 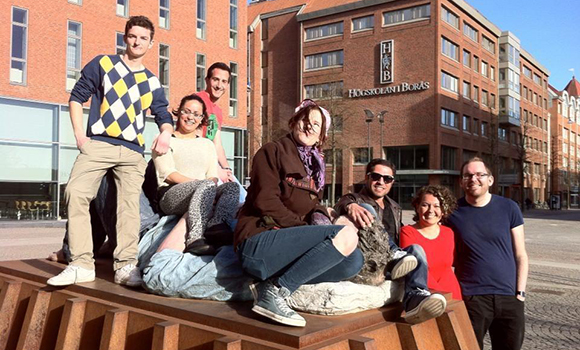 National Platform conferences within ESN are held twice per year and this weekend Borås will host the event. ESN Borås helps welcome and entertain exchange students who are beginning their studies at the University of Borås, among other things by organising the first of two weeks of introduction of the University and Borås city.

Miglė Gaurilčikaitė and Zohaib Sharif from ESN Borås would like to encourage students at UB to get in contact with the network and besides having fun with people from all over the world also get experience in communicating, exploring different cultures, organising and participating in events. This invitation goes out to Swedish students as well.

– It’s an opportunity to share experiences before and after being an exchange student. Also it’s a chance to get to know students from a certain city or country who are here on exchange, before visiting their countries. For some people it is good and encouraging to know someone from a particular country before even leaving Sweden, Zohaib Sharif says.

ESN is a kind of student fraternity, focusing on social events.

For ESN Borås, The National Platform is also a chance to inform other sections and universities about the city, about its mercantile and textile traditions, for example. Also it is a way to make new connections and find new cooperation possibilities.

– We have noticed that students from other universities rarely know much about Borås, Zohaib continues.

The National Platform is mainly intended for ESN Sweden sections‘ board members from around the country, and is expecting the number of attendees to be 28. Students who have yet to become members are still welcome to join in on a salsa class on Friday evening.