The right questions necessary for the early detection of sepsis

Sepsis, blood poisoning, is common in patients who come to accident and emergency departments. If they do not receive treatment in time they face the danger of a septic shock and ultimately death. As the symptoms are quite diffuse, it is difficult to diagnose in time. A study is currently underway that will make it easier to identify and treat severe sepsis in paramedic medical services.

The study goes under the name MISSIS (which is a Swedish acronym meaning to suspect and treat severe sepsis in paramedic medical services) and is being conducted by researchers at PreHospen at the University of Borås in partnership with an infectious diseases specialist at the Kärnsjukhuset hospital in Skövde. One of those working on the study is Angela Bång, nurse and lecturer in prehospital emergency care.

“Patients who have sepsis often have multiple symptoms of a rather general nature, which makes it more difficult to make a diagnosis,” she points out. “ 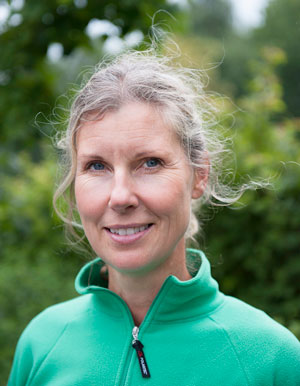 Other ailments are often suspected instead.”

Symptoms may, for example, include nausea, severe abdominal or chest pain, muscle weakness and severe constitutional symptoms, which could be mistaken for such diverse diseases as gastroenteritis, heart attack or stroke.

“One problem is that there is so little feedback between hospitals and paramedics. This means that paramedics rarely find out what diagnosis the patient they drove to the hospital had, which in turn makes it difficult for them to learn what symptoms they should look out for,” says Angela Bång.

This is the background to the MISSIS study which, among other things, aims to develop a set of questions that can be used to identify the correct diagnosis at an early stage.

There are already prototypes of such sets of questions, which focus on the symptoms and progression that are particularly common in sepsis.

“By way of example, most sepsis patients at some time during progression suffer a fever or chills,” says Angela Bang. “It is also common that people fall ill very quickly.”

Sepsis is caused by bacteria spreading into the bloodstream and causing a general infection. This may in turn be due to an underlying infection such as an infection in the urinary tract, respiratory tract or a wound infection. Sometimes you will find no obvious cause. When patients fall ill, neurotransmitters, cytokines, are secreted which affect the body in several ways, such as raised pulse and lower blood pressure.

There is a cure for sepsis – the right antibiotics at the right time.

“It's like Catch 22. At an early stage it is difficult to identify sepsis, which means that the patient receives no treatment. It is easier to make a diagnosis at a later stage, such as through blood tests, but then it might be too late for the treatment to work. It is therefore imperative that an early diagnosis is made, preferably in the ambulance.”

The MISSIS study, which has recently started, is to be implemented in five different stages:

“The mapping in stage one is already in progress, whereby we review patient records from both the ambulance and emergency room,” says Angela Bång. “Often it is possible to see signs of sepsis with the benefit of hindsight, but it is difficult to diagnose because the range of symptoms is so great and there are many alternative diagnoses.”

Through interviews with patients we will find out how they describe their symptoms and their encounter with health care providers. Interviewing paramedics who have identified suspected sepsis provides lessons about what symptoms they have observed and what questions they have asked the patients, which can be used to create a set of questions for all paramedics.

Then it is time to examine how well such a set of questions works in identifying sepsis compared to a control group that did not use the questions.

“We anticipate that the identification of sepsis patients will be ready within a year,” says Angela Bång. “One problem for us is that we do not have that many hours allocated for the project, which means it may take a long time to implement. We are now inviting our students to do their master's theses about our ongoing projects, which will be a great help to us. It is hoped that this study will lead to the early identification of more sepsis patients in order to reduce suffering and save lives.”

Symptoms where you should suspect sepsis

Footnote: The MISSIS study is being conducted by researchers Angela Bång, Anders Bremer, Henrik Andersson and Johan Herlitz at PreHospen at the University of Borås, and Lars Ljungström, infectious diseases specialist at the Kärnsjukhuset hospital in Skövde.