By sewing pillows, Indian women will be able to leave a life of prostitution behind. This is the business idea of textile students Andrea Djurle and Ester Renkel, and today they leave for India to start their business. Hopefully, this will result in a better life for Indian women, Ester Renkel says.

As early as this spring, the students had established contact with a centre for women in India which is run by nuns, who care for prostitutes by offering them therapy and teaching them to read and write, as well as how to sew and embroider. The nuns wanted help to develop a simple product that the women would be able to make.

– The result was a scatter cushion which we have knitted material for and designed at the Swedish School of Textiles, Ester Renkel says. 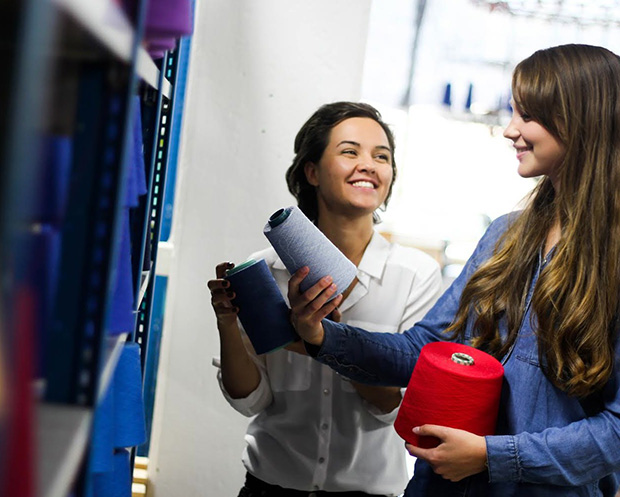 The centre has only basic equipment, such as straight stitching machines. The products that the women made in the past and sold at local markets yielded a low profit, which meant that many of the women relapsed into prostitution.

– The idea is for the pillows to be sold in Sweden, so that the women will receive proper wages.

Andrea Djurle and Ester Renkel study textile product development and entrepreneurship at the Swedish School of Textiles, University of Borås, and it is as a part of one of their courses that they started their company, Aderelles, which they are about to launch in India.

– We have two weeks to get all of the practical details up and running, and although we're nervous it's also very exciting, Andrea Djurle says.