The price of a high performance culture

They bought efficiency, order and discipline. Included in the deal was micromanagement, a poor atmosphere and a more boring job. This is revealed by Päivi Riestola in her dissertation “Manager in a high-performance culture”. 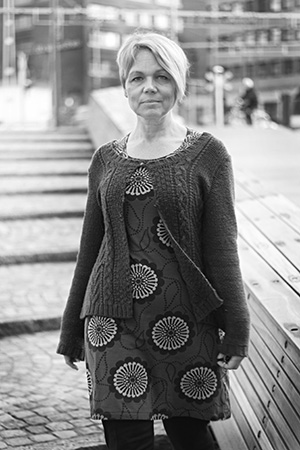 They bought efficiency, order and discipline. Included in the deal was micromanagement, a poor atmosphere and a more boring job. This is revealed by Päivi Riestola in her dissertation “Manager in a high-performance culture”.

The trend in the world is clear. The way to manage and work is being standardised and streamlined, under names such as Lean and New Public Management. But when companies update the Swedish employee-oriented model, they risk throwing the baby out with the bathwater.
“When economy and cost-effectiveness become paramount, our creativity and meaningfulness begin to flag.“ ”Every day we read about doctors and teachers who do not have time with patients and students due to administrative obligations.“ ”It makes us passive and the quality diminishes.”
So says Päivi Riestola, researcher at the University of Borås. As part of her ​​work she has followed the managers at a large Swedish company over the course of a year. They had just been acquired by a global company who wanted to invest long term. A new management model was introduced; “High-performance culture”.
Many of the changes were necessary and were well received.
“Previously, it was not certain that everyone received the same information, but now it is spread to everyone in the organisation.“ ”And they formalised the meetings. They would begin and end on time and have both an agenda and minutes.“ ”Many people perceived this as positive,” says Päivi Riestola.
Another aspect that benefitted from the structure and rules was recruitment. With the specific culture of small industrial societies in Sweden that had previously characterised the company, contacts had sometimes been valued higher than expertise. That changed now and, in addition, all managers underwent professional development training.

A clash of values

However, not all things went as smoothly. In the interviews with Päivi Riestola, the managers told how the employees took care of each other. Many had worked there for forty years. The employees worked as a team, and when the company did well, all employees received an equally high bonus.
“It was the social aspect that counterbalanced those parts of the job that, to be honest, were not especially fun or meaningful,” says Päivi Riestola.
“With the new model came values ​​that clashed with their own. When it happens it feels unpleasant, and if it goes too far people become sick or resign.
The salespersons who had previously worked with long-term customer relationships were now supposed to be more aggressive. Instead of taking coffee breaks and having lunch together with their colleagues, they were just going off one by one. Anything to improve efficiency. The collective bonus for the employees was replaced by an individual bonus. This disrupted the positive cohesion within the team.”

Päivi Riestola also saw how words such as “delegation” gained a whole new meaning under the new management model. While the managers were still allowed to take responsibility, at the same time they were more and more micromanaged. They needed to constantly report figures in different systems to the executive management.
“It goes against the management culture that organisations in Sweden have been known for, one which is based on trust.“ ”We think of the big picture, but we respect each other's expertise and trust that everyone takes responsibility and does their part,” says Päivi Riestola.

However, Sweden was one of the countries that quickly imported Taylorism in the early 1900s. But with the boom in the 80s, the companies needed to take care of their staff, and the organisations were flattened out and the employees came to be in focus. The Swedish management model that was born in this time, however, quickly disappeared once more.
But was everything better before?“. “Not at all,” says Päivi Riestola.
“We need structure, order and discipline to be effective.“ ”But I hope that businesses are critical consultancy buyers, and consider whether they need new management models.“ ”It's easy to do what everyone else does.”