Twice as many survive cardiac arrest

The number of people who survive 30 days after a cardiac arrest that took place outside the hospital has more than doubled in the last twenty years. 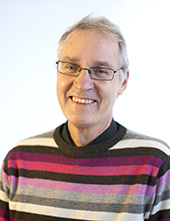 “We believe that the most important reason is that regular people intervene to a greater extent today. This in turn is the result of the mass training efforts that have been made to teach the public CPR. It has improved all four links of the chain of survival after a sudden and unexpected cardiac arrest,” says Johan Herlitz, professor in pre-hospital emergency care at the University of Borås.

The four links are: Early access, early CPR, early defibrillation and early advanced care.
“Cardiac arrests outside of hospital present as much of a problem for the municipalities as for the health care sector. For this reason, efforts have been made to educate the general public in how to rescue one another. People today are more aware than before.

In practice, this means that around 500 people per year are currently saved after a sudden and unexpected cardiac arrest outside the hospital walls.”

These results are presented in the article “Improved outcome in Sweden after out-of-hospital cardiac arrest and possible association with improvements in every link in the chain of survival” written by Anneli Strömsöe, Leif Svensson, Åsa B. Axelsson, Andreas Claesson, Katarina E. Göransson, Per Nordberg and Johan Herlitz.  This article constitutes part of Anneli Strömsöe's doctoral thesis, for which Johan Herlitz is the main supervisor.
The article has now been published in the European Heart Journal, which is the leading European journal when it comes to research on heart disease.

Facts about the Swedish Cardiac Arrest Register
This is a Swedish quality register where all cases of cardiac arrest in Sweden in which CPR has been started are registered. The purpose of a quality register is to continuously monitor an activity within the health services, primarily in order to find weak links, and hopefully to eliminate them.

They were able to formulate their conclusion by analysing data from the register that Johan Herlitz is responsible for, and which he initiated in 1990 together with Stig Holmberg: the Swedish Cardiac Arrest Register.

“This is perhaps the most important article that I have been involved in writing during the nearly 40 years I have been doing clinical research.
Not only does it reflect the results of long-term, deliberate work, but it also shows the successful development of a collaboration between the health services and the municipalities. As far as I am aware, nothing of the sort has ever been shown before in this country,” says Johan Herlitz.