A new handbook about security and truck theft has been released by the European Commission. The toolkit will help truck drivers and haulage companies address truck theft. 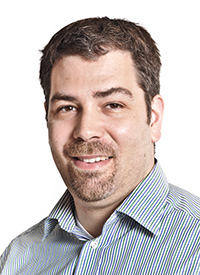 There have been several recent terrorist incidents in European cities where vehicles have been driven into crowds. Daniel Ekwall, docent of logistics at the University of Borås, is one of the key contributors to the toolkit. He is part of a project coordinated by the Cross-Border Research Association (CBRA) in Lausanne, Switzerland, which developed the toolkit along with recommendations about transport security on commission of the European Commission.

As the European commercial road freight transport sector faces security threats, the purpose of the project is to describe truck and cargo theft from a research perspective and give recommendations along with security guidance on how to minimise the number of thefts.

“We have developed accessible routines for drivers, freight forwarders, and warehouse owners. The idea is that they can easily follow the routines and check on how to act in different situations”, Daniel explains.

After the latest vehicle-ramming attacks, such as Nice, Berlin, London, and Stockholm in 2016 and 2017, aspects on vehicles used for terrorist purposes are also included in the toolkit.

Daniel Ekwall
Daniel Ekwall is a docent and senior lecturer of logistics at the University of Borås. He is a member of Sweden’s national transport safety council.

Truck theft
In Sweden, about 300 trucks are reported stolen every year. They are mostly used to transport stolen goods. Less than half of the trucks are found.

Vehicle-ramming attacks in Europe
Nice 14 July 2016, Bastille Day: A hired cargo truck was mounting onto the pavement, killing 87 and injuring 434 people.
Berlin 19 December 2016: A hijacked truck was driven into a Christmas market, killing 11 people and injuring 56. The driver was killed.
London 22 March 2017: A car was driven into pedestrians on the pavement near Westminster Bridge. Six were killed and almost 50 were injured, either from being hit by the car or being stabbed.
Stockholm 7 April 2017: A hijacked lorry was stolen before the eyes of the driver and then driven along Drottninggatan before it crashed into one of entrances of an Åhléns department store. Five people were killed and 14 were injured.
London 3 June 2017: A van hit walking people on London Bridge. 7 were killed and 48 were injured.
London 19 July 2017: A van struck pedestrians near the Finsbury Park mosque. One person was killed and eight were injured.
Barcelona 17 August 2017: 13 people killed and about 130 were injured after a van was driven into pedestrians on the popular street La Rambla. Later the police shot five suspected terrorists to death.

“Using vehicles for other purposes than they were intended for is nothing new. Smash and grab incidents, where cars or wheel loaders are smashed into doors or walls to shops or department stores to give thieves a quick access to steal goods, is one example. What is new is that vehicles are being used to kill. Even if it rarely happens, when it does the consequences are huge”, he says.

How to reduce the risks

Daniel believes, however, that the risks can be minimised as to prevent theft and stave off possible terrorist attacks.

“There are technical solutions, and there are a lot of discussions going on.”

Daniel mentions a few examples, such as automatic brakes systems that detect obstacles and stop the vehicle, or traffic bollards that can be raised or lowered to limit access to places where a lot of people gather. However, one problem with automatic brakes is that is takes many years until all trucks are changed. Shutting off streets does not give full protection either. Another technique mentioned in the context is geo-fencing, which builds on GPS technology and makes it possible to block cars from driving into certain streets or areas during certain times of the day. For example, they could be timed so that transports only come through at night when there are less people outside.

“But regardless of which technical solution you choose, there are always gaps that are easy to find. And those with bad intentions will only find new places where people gather. When it comes to terrorist attacks and cargo theft, the current development is that technology meets rougher violence and more brutal methods in general”, Daniel says.

Daniel’s suggestion is a combination of technical solutions, society, people, and processes. People need to keep track of their car keys, and freight forwarders need to have an eye on their employees but also build up confidence in them. Tracking trucks or limiting access to certain streets or times of the day are two possible technical solutions that could work with established routines for people as well as for geo-technology. It costs, but it has to, he says.

Also, technical solutions need to work with the jurisdiction. Evidence must hold up in court.

“Maybe we need to convince the lawyers that technology actually holds for evidence. The camera surveillance act is one example. It must be easier to get permission to install surveillance cameras. In England, cameras are used to a large extent, and when a crime has been committed they quickly track down the criminals. Technology is useful in the subsequent investigations. But new technology could also be used by criminals, for example using drones to fly over prison walls and drop weapons and drugs. There is a constant race between developing new technology and finding gaps in systems and routines.”

Daniel Ekwall’s contribution to the toolkit concerns the transport sector’s problems with criminality, such as thefts of cargo, cargo carriers or fuel, and illegal passengers in people smuggling. He also contributes with checklists that should be easy to follow for those who need them: drivers, freight forwarders, and warehouse owners. Examples of recommendations are that drivers should always lock the car when leaving it, or contact the local police if being persecuted during the transport.