Diversity has become one of the most important concepts in Swedish cultural policy. But what it actually means varies greatly depending on the context, according to Linnéa Lindsköld, researcher at the Swedish School of Library and Information Science.

“Diversity is one of the most important and most used 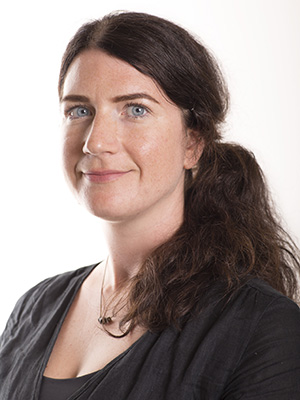 concepts in Swedish cultural policy. But how this concept should be defined is somewhat unclear, and therefore it becomes quite a blunt tool to work with practically”, she says.

In a study on commission by the Swedish Agency for Cultural Policy Analysis, senior lecturer Linnéa Lindsköld investigated how the diversity concept was used in different cultural policy documents from 1972 to 2016. She found three separate definitions that stems from different periods but are now being used simultaneously.

“Diversity is a concept used in so many ways. It can be used to signal that everyone should be involved in the creation of culture, but it could also mean that you should have the opportunity to choose between different types of culture and that different traditions should be highlighted in cultural practice.”

Variation, ethnic diversity, and beyond

Linnéa says that the concept of diversity entered cultural policy as early as the 1970s. Then it was about variation and that cultural policy should promote different cultural genres and traditions. During the 1990s, focus shifted from cultural forms to the people who exert and consume culture. Then, diversity came to be about ethnic diversity instead.

“In the new discussions and documents, the idea was to include ethnic minorities as well as people of immigrant backgrounds into cultural life. This should be achieved partly by a broadened participation, and partly by allowing other cultures than the typical Swedish to take place in cultural life,” Linnéa Lindsköld says.

This new definition of diversity soon received criticism for having too strong a focus on groups, she explains. The debate soon demanded greater consideration to individuals and individual differences. These currents became even stronger in 2009 with the new discrimination act, which was much broader than previous legislation and equalled all discrimination grounds.

“This also had bearing in cultural policy, where you went from talking only about ethnic diversity to talking about a multitude where people of different religions, functional variations, sexualities, gender identities, and age would be included. This leads to where we are today, when diversity is often used as an overall term”, she explains.

“At the same time, we can see that the previous definitions of diversity still remain. In a single document, in one section the concept could mean that several cultural forms should be highlighted and refer to ethnic diversity in another. This is problematic, and I think it would be better if you could distinguish the different definitions by using different concepts. By doing so, we would be able to see more clearly what the politicians actually want to achieve with cultural policy”, Linnéa concludes.