Six master's degree students from Mozambique have been admitted to the Swedish School of Library and Information Science, as well as one doctoral student who is expected to begin studies. The aim is to increase competencies, which in the long term can lead to the development of a library and information science education in Mozambique. 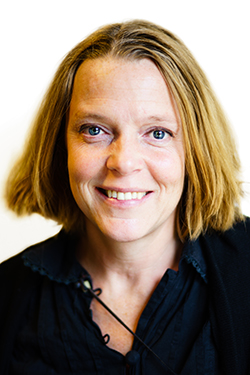 A new collaboration has been initiated between the Universidade Eduardo Mondlane in Mozambique and The Swedish School of Library and Information Science at the University of Borås and the Blekinge Institute of Technology (BTH). Two similar projects are already underway--one with a university in Rwanda to develop the library and the other with a university in Uganda to strengthen doctoral education. The projects are included in Sida's "Research Training Partnership Programme" and are five years long.

"One thing we learned is that development and collaboration in research and education takes time, and should take time. We are working for long-term changes, in which we learn a whole lot along the way, but where Sida's support is not needed in the end," says Veronica Trépagny, project coordinator.

Gain the skills to make decisions

The six master’s students from the Universidade Eduardo Mondlane in Mozambique study in the Swedish School of Library and Information Science's distance education programme in library and information science, but will also shadow staff at the libraries at the University of Borås and BTH.

"There they will shadow staff with the same kinds of tasks that they themselves will take on when they finish the educational programme. International distance education is a good fit as it provides students with the knowledge and skills necessary to make decisions, among others those related to digitisation processes, which is very important for many libraries--especially in low-income countries. At the same time, it is a research-preparation education," she says.

The libraries at the University of Borås and BTH will also develop short courses, workshops and exercises for the six students.

In addition to this, one doctoral student will also be admitted to doctoral studies in library and information science at the Swedish School of Library and Information Science within the framework of the programme.

A well-functioning university library is necessary

"It is important to support development of an environment that promotes research, and in which challenges and solutions are defined and based on their own situations."

"In support of such development, well-functioning university libraries are needed that provide resources and skills. Currently, there is no higher education in library and information science in Mozambique. This means that the country will be dependent on external countries and/or actors to support libraries and knowledge development, unless they build their own advanced education, including doctoral education, in the country," says Veronica Trépagny.

Watch a film about the partnership with Uganda

Read more about research and education in library and information science