After many years as Head of Professional Services, Karin Cardell will leave her post at the University of Borås. 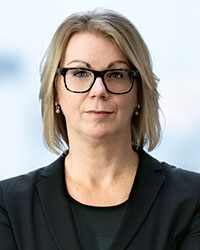 Karin Cardell has worked for many years at the University of Borås and as part of its leadership has contributed to the university's positive development. She began in 1999 and was appointed as Head of Professional Services in 2003. In addition to her internal university work, she has also had several national roles, including with the Association of Swedish Higher Education Institutions, the Ladok Consortium, and the Swedish Agency for Government Employers. Karin Cardell had a significant role during the founding of the Textile Fashion Center.