The Mobile Phone - A Workplace Problem in Retail

How do frontline employees in retail react to and handle situations where the customer ignores them and instead looks at their mobile phone? This has been studied by researchers Nicklas Salomonson, Associate Professor at the University of Borås and guest researcher at Swedish Research Center (CTF), Karlstad University, and Markus Fellesson, Associate Professor at CTF, and the results show that it has a negative impact on the workplace environment.

Mobile phones are increasingly used and accepted as part of everyday situations in both private and public places. The fact that the increasing mobile phone usage can have a negative impact on private relationships is not new. However, the question of how the mobile phone affects service encounters and the interaction between employee and customers is largely unanswered. 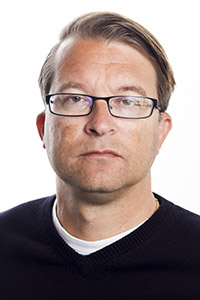 The mobile phone has a negative impact on service encounters

Results from a survey of 2940 frontline employees in Swedish retail stores show that it is a common situation and many employees react negatively to it.

“They feel ignored and find it difficult to deliver quality customer service. However, we could also see that employees with a higher degree of service orientation, that is, who generally act polite, caring, correct and friendly to customers, were more forgiving of customers who behave this way and are less likely to act confrontational for example by interrupting,” says Nicklas Salomonson.

This type of emotional work, to be more forgiving of customers, has in previous research been found to have several negative consequences for employees, such as increased dissatisfaction with work and burnout. The study shows that both the problem of mobile misuse in service encounters, and that service orientation, can be a problematic strategy for companies when employees are exposed to customers who behave badly, according to the researchers.

“Previous research has shown that the retail sector is an industry with a high degree of workplace problems, for example harassment, threats and violence from customers. This study contributes to the understanding of "milder" forms of customer incivility that also have a negative impact on the workplace situation of frontline employees. The industry is currently undergoing a major transformation with increasing digitalisation and where the mobile phone plays an important role. Customers can, and are expected to use their mobile phone for self-service. Our study shows that mobile phone usage in stores also can cause problems, especially for the employees,” concludes Nicklas Salomonson.

The recently published study is developed from previous research with focus on workplace environment problems that arise when customers misbehave, and the strategies the employees use to handle this behavior. The research was funded by Forte and the Swedish Research Council.