Resource recovery research is in a strong position. It experienced continued growth in 2014, and third-cycle education has now been fully transferred to the University of Borås. 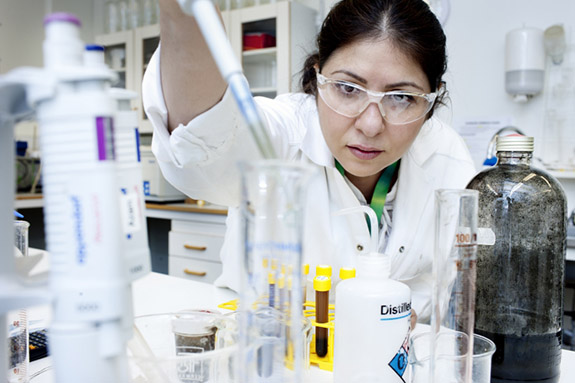 “I’m delighted,” says Tomas. “We’ve succeeded in establishing third-cycle education within resource recovery. We have around 20 active research students, with more set to join us. We also have a number of new assistant supervisors who work together with the principal supervisors and who can thereby gain further qualifications. I’m particularly pleased that the transfer of the former third-cycle education linked to other educational institutions across to the school of research for resource recovery at the University of Borås is now complete.”

Five or six thesis defences are anticipated during 2015, and it is hoped that as many new doctoral students will be admitted for third-cycle education.

Aiming to double in size

“Our current aim is to reach a level of 20-30 doctoral students,” says Professor Taherzadeh. “However, we hope to double the number of research students between now and 2020.”
Innovation and new approaches are an important aspect of resource recovery. Professor Taherzadeh hopes to see some of the research projects carried out becoming commercialisable, i.e. generating products that are launched on the market, within the near future.

“We currently have a couple of projects that have reached TRL (technology readiness level – a term used within research-intensive operations to confirm which activities are needed in order to implement the research findings in new products/processes) and are approaching completion, including a project relating to a fungus that can be used for ethanol production as well as for fish and animal feeds, and a project dealing with textile reactors.”

Theses defended at the University of Borås in 2014