Sepsis (blood poisoning) is not identified often enough before the patient comes into hospital. New PhD students at the University of Borås and Jönköping University will be studying how ambulance crews identify patients with sepsis, how the treatment process works to enable it to start as early as possible, and how patients and families who have been affected by sepsis found the experience. 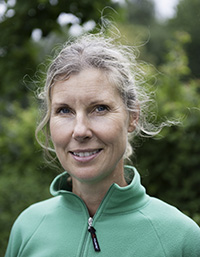 Severe sepsis causes extremely high mortality; the incidence of the disease is high, and increasing. But ambulance crews seldom document any suspicion of severe sepsis even though a large proportion of patients are treated in the ambulance.

A new study from Gothenburg University examines all cases of confirmed bacterial sepsis in a 3-month period – 700 cases. It shows that suspected sepsis was reported in just 6 per cent of cases. Similar results have been obtained in another Swedish study to be published soon. Other studies show that, if the ambulance crew had made a preliminary diagnosis, the time to appropriate treatment would have been reduced from around 3.5 hours to 1.5 hours.

If we compare patients treated in the ambulance for heart attacks or strokes, they have a greater chance of survival

“In the case of heart attacks or strokes, pre-hospital identification has almost halved the time to treatment, which has saved many lives. And it is important for sepsis to be identified early too,” says Angela Bång, lecturer in pre-hospital acute medical care.

Sepsis is treated with oxygen, intravenous fluids and antibiotics. Survival rates are good if treatment is given quickly. This also reduces the suffering for the patient.

“It is often called ‘the golden hour’; this is a term used in emergency medicine, where it has been observed that prompt action and operations reduce the number of deaths,” she says.

The low rate of reporting of sepsis is partly explained by the diffuse nature of the condition, which means that other diseases are often suspected instead.

The research project MISSIS (into detecting and treating severe sepsis in the ambulance) has been running since 2013. Agnes Olander started her PhD studies within the project in the autumn of 2015. Among other things, she will be conducting interview-based and comparative studies of assessments at the emergency service centre, and producing an evidence-based decision-support tool to provide ambulance crews with an assessment instrument

“We have some way to go to a complete questionnaire, but now that we have a postgrad working on it, we will see results,” she says

Sepsis occurs when bacteria spread to the bloodstream and cause a general infection. This may in turn arise out of an underlying infection of the urinary tract or the respiratory passages, or from a wound. Sometimes, no clear cause can be found. When patients fall ill, signalling substances called cytokines are released, which affect the body in various ways, such as a high pulse rate and decreased blood pressure.

“It is like a catch-22. At an early stage, it is hard to identify sepsis, which means that the patient does not receive any treatment. At a late stage, it is easy to make a diagnosis, from a blood sample for example, but then it may be so late that the treatment does not help. That is why it is of the utmost importance to reach an early diagnosis, preferably right there in the ambulance,” says Angela Bång.

Symptoms that could point to sepsis