When is food worth making a journey for? Tourists are willing to travel long distances to buy food if there is a varied offering and a sense of identity. Karin M Ekström is a professor of business economics and a consumer researcher at the University of Borås, and has studied culinary tourism in Sweden.

Together with ethnologist and food researcher Håkan Jönsson, a docent at Lund University, she has travelled around the Swedish regions of Skåne and Sjuhärad to understand the emergence of culinary tourism and the conditions, opportunities and challenges experienced by entrepreneurs.

In the study, culinary tourism is defined as travel in which food and drink are an important element. They have studied 28 culinary destinations and three events as part of their research project. These include visits to potato growers, vineyards, a dairy, a sheep farm, food fairs, the Eurovision Song Contest in Malmö and the Gekås shopping centre in Ullared, where they stayed at the campsite. They also interviewed various development organisations. 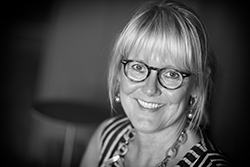 “Every visit was unique and interesting,” recalls Karin. “The people behind these businesses are entrepreneurs, and are passionate about what they do. And they play an important role in the development of Sweden as a culinary nation.”

Today, the Swedish food market is an oligopoly in which a few companies dominate the market. The focus is on low prices and high volumes, and the food on sale in stores often comes from multinational companies.

“The focus on low prices is a problem, since this results in a limited offering and too little attention begin paid to the quality of the food.”

She explains that it is hard to start a culinary tourism business – buying a farm is expensive, running the business is time-consuming and it takes a great deal of commitment. And it is impossible to compete with the big chains on price.

“However, it’s possible to compete by showing the customer where the product comes from, and not just from a tin. Industrialisation resulted in the contact between the producer and the consumer being wiped out. People often don’t know where, how or by whom their food is produced.

“The experience of visiting the shop is also important, as it becomes a social activity. Online shopping is all well and good, but the importance of physical meetings between people certainly shouldn’t be underestimated.”

Many of the enterprises they visited would not have succeeded in business if they had not established themselves as tourist attractions. This has resulted in them drawing visitors from near and far.

The researchers also see great potential in developing several of the businesses for day-trippers, since those who live nearby have not yet seen the potential to visit them and buy their produce.

The project has resulted in a popular science book, due to be published in spring 2016.

“We want to reach out to politicians, businesses, organisations and the general public, so that our research findings can lead to a discussion on the importance of these entrepreneurs for a living countryside.”

The project was financed by the R&D Fund of the Swedish Tourism & Hospitality Industry (BFUF).