Culture arose before the economy and politics, and even before democracy. Yet relatively few conduct research on how culture is financed and organised. This is where the University of Borås is unique in Sweden. This year, the Centre for Cultural Policy Research is 20 years old. This is being celebrated with a new start.

In the research room of the University Library in Gothenburg, Linnea Lindsköld sits and reads government investigations and other governing documents. She has been commissioned by the Swedish Agency for Cultural Policy Analysis to take a closer look at how the concept of diversity has been used in modern Swedish cultural policy from the 70s up to the spring budget of this year.

"What I have already seen is that diversity in cultural policy did not mean the same in the 70s as today. Then, the concept of diversity was used in the sense that all sorts of cultural expression should be subject to cultural policy. Later, it was used in closer linkage to individuals, as different kinds of people have different kinds of culture. And even later, I can see that it was begun to be questioned whether an individual can truly represent a culture."

Linnea Lindsköld's work falls within the framework of the Centre for Cultural Policy Research (KPC, for its initials in Swedish) at the University of Borås, where she is one of a handful of researchers. KPC started as an initiative by former head of the Swedish School of Library and Information Science, Romulo Enmark, who wanted to take national responsibility for cultural policy research. He hired cultural science Jenny Johannisson--Pro Vice-Chancellor for research at the university--to build the organisation. In 1996, work started in earnest with a newly appointed professor and a Nordic conference. The research has always had a clear Nordic character; KPC is part of a group of Nordic research environments, the largest of which is in Finland. But it also has international connections. Jenny Johannisson is chairperson of an international association for cultural policy research, the International Conference on Cultural Policy Research Scientific Committee.

Centre for Cultural Policy Research, KPC
Current researchers
Anders Frenander, Jenny Johannisson, Linnea Lindsköld, Roger Blomgren, Katarina Michnik and Catarina Eriksson.
Research areas
Regional cultural policy, quality concepts, Swedish cultural policy history, and policies around reading and libraries
Three cultural policy tendencies:
- Right-wing populist parties in the Nordic region and in Europe that want to break with the prevailing cultural policy vision of strong public support for the independent art scene.
- Culture is becoming more and more an instrument for policy to achieve other goals. Culture is seen as a means for a region or a municipality to attract visitors, increase growth, or create an identity.
- Participation is increasingly important in cultural policy. Culture is seen as a way to engage citizens, to get everyone to participate and create, not just professionals.

KPC also publishes the Nordic Journal of Cultural Policy, which is the main forum in the Nordic region for new research. A recent example is Linnea Lindsköld's comparative study of the Scandinavian radical right parties' cultural policy, that is to say the Sweden Democrats, the Danish People's Party, and the Norwegian Progress Party. It came about because Linnea Lindsköld was frustrated that researchers rarely look at the ideological aspect of cultural policy. This is partly due to the cultural content of policies' hardly differing from party to party. With the exception of the radical right.

"They have a clear cultural policy that does not look like the Scandinavian cultural policy from the 70s onwards, but rather as it looked in the 1890s. The nationalist dimension is back, which means that cultural policy focuses on the identity politics of nation-building, not the support of the performing arts," says Linnea Lindsköld.

In the study, Linnea Lindsköld has found an ambiguity in the right radical parties' view of culture. On the one hand, they want state support to be reduced to increase culture's freedom; on the other hand, they want the state to decide what is Swedish, Danish, or Norwegian culture and promote it at the expense of a goal towards multiculturalism. The Sweden Democrats are the most radical of the Scandinavian parties as they also describe the kind of culture that should be supported, according to Linnea Lindsköld.

"One might think that the Sweden Democrats' idea that money should go to constructive and democratic culture sounds reasonable. But if you think a step further, it means that you want politicians to assess culture, something that all democracies in the West are very restrictive about," she says.

Nowadays, Anders Frenander is partly retired, but still involved fully with the planning of KPC's future. The centre is one of six research environments at the university that has received special support starting this year. This means that the area can be expanded through an additional research position. But the area will also be strengthened in 2017 with two new courses in cultural policy at the Master's level. And in a new partnership with the Västra Götaland, Anders Frenander plans what he hopes will become a recurring national cultural policy conference, the first of its kind. The goal, put simply, is to expand the research.

"There are a lot of areas in cultural policy in which we need more knowledge. An example is the EU's cultural policy. It is in a way non-existent, while simultaneously driving cultural capitals and questions about copyright and other things that engage with cultural life. Another thing is to examine why all parties think so similarly about cultural policy. It's traditionally characterised by social democratic ideology, but what would a genuinely clear liberal cultural policy be?" says Anders Frenander.

Many of the research results that emerge through the KPC will be used when policy decisions are made.

"Research is important; otherwise, it had only been about opinions and feelings. Without knowledge, policy is more of a shot in the dark," says Anders Frenander. 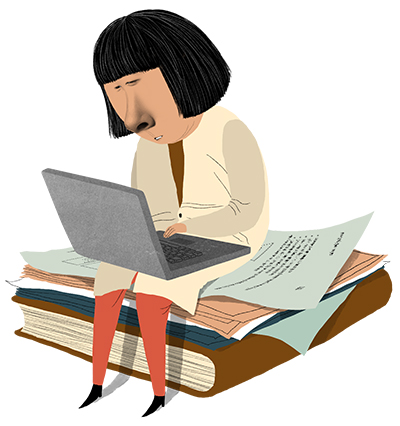 Meanwhile, researchers at KPC agree that it is difficult to obtain financing for cultural policy research. It is not a prioritised area, just like the culture itself is not the highest priority among politicians. The most difficult thing to receive financing for is projects addressing critical perspectives.

"No one wants to pay a researcher to critically examine cultural initiatives. They're almost always laudable, such as increasing the availability or including new groups in society. But researchers cannot assume that culture is, by definition, something good. I often say to my students, who often have a strong belief in the inherent goodness of culture, that it can be used in very many ways. It is perhaps mainly seen in dictatorships, when the first rulings are to take control of the media and performing arts," says Linnea Lindsköld.

That is why it is important to conduct research on cultural policy.

"I think you can learn a lot from a society by looking at how its cultural policy looks. It's basically about the tools used to control creativity, ideas, and thoughts," says Linnea Lindsköld.

Read more about the Centre for Cultural Policy Research - KPC