87 participants from 21 institutions of higher learning gathered for two days when EUFOU’s network meeting was organised at the University of Borås. The programme included lectures on ethics, gender issues, and open Access.

– The EUFOU is a national network that works to strengthen knowledge about EU’s research programmes. The EU rules are rather convoluted and the network works to build knowledge about EU’s research programmes and share information. The network is also a well-used channel for funders to disseminate information to researchers. The members are primarily research advisors and financial officers who advise and support EU applications and projects centrally, says Annika Bergman, Director of Grants and Innovation Office (GIO) at the University of Borås, responsible for the event. 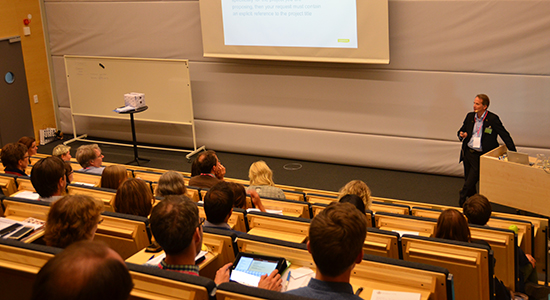 The days’ programmes were chosen based on current areas within European research. The research areas were ethics, gender issues, and open access in Horizon 2020. One of the lecturers was Luisa Mascia, Policy Officer from the European Commission, who participated via video web-link.

– She spoke about, among other things, how if two applications have the same point ranking, the ‘gender section’ can be decisive, Annika Bergman says.

– We also had the opportunity to listen to Johan Lindberg from Vinnova who spoke about how it is problematic how Sweden’s rules and routines don’t exactly match the EU system. Research ethics is something that the EU takes extremely seriously and since the Horizon 2020 projects started, many consortia have noted an increased requirement for follow-up and ethical declarations. Johan also presented news and updates from the Commission, says Annika Bergman. 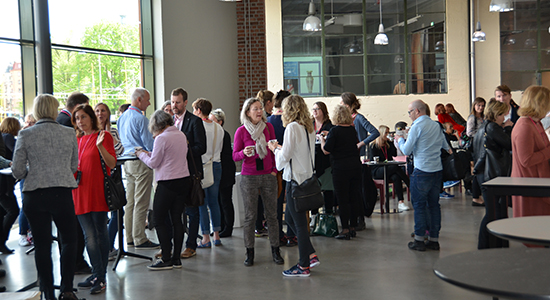 Gender issues an important focus during the network meeting

Louisa Grip and Kajsa Widegren from the Swedish Secretariat for Gender Research spoke about the importance of having a gender perspective in one’s research. The EUFOU network meets twice a year. The next meeting will be hosted by Linköping University and Blekinge Institute of Technology.

– It is important so that the research produced can maintain as high a level of quality as possible, says Louise Grip.

It is also important to attend to gender issues even if that is not what one primarily researches.

– There are several resources you can use; you can involve others who research with a gender perspective or you can review the gender research that has already been produced, explains Louise Grip.