Four honorary doctors were appointed at the Academic Ceremony on 22 April 2022.

Appointing an honorary doctor is an expression of the university's appreciation for an individual's very distinguished contributions to the university. 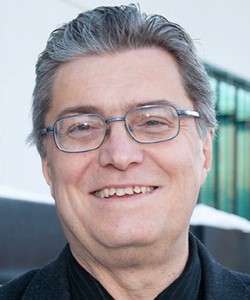 During his time as Head of the Swedish School of Library and Information Science, Romulo Enmark’s crucial efforts developed an educational environment that had long been a vocational training environment into the strong and internationally distinguished academic education and training research environment it is today.

Through his dynamic leadership, professorships were created, an internationally leading research centre in cultural policy research was founded, and a doctoral education programme in collaboration with the University of Gothenburg was founded.

Romulo Enmark was appointed Honorary Doctor in Library and Information Science in 2020.

Andreas Gundberg has played a crucial role in the development of new fungus-based processes for better utilisation of residual material in industry. In his previous role as Project and Innovation Manager at Lantmännen Agroetanol, he has collaborated with the research environment Resource Recovery since the beginning of the 2010s. Andreas Gundberg's contributions are emphasised as one of the contributing factors to the fact that research on fungi has gone from involving a single doctoral student with a focus on ethanol production to its current status, in which research on fungi is one of the most important specialisations in Resource Recovery.

Andreas Gundberg was appointed Honorary Doctor in Resource Recovery in 2021.

Fredrik Johansson is Business Developer at FOV Fabrics, which manufactures various advanced textiles including textile bioreactors, to use in converting organic waste into biogas. He has participated in several of the university's projects and has significantly contributed to the development of new production systems for biogas through unique designs and internationalisation of the knowledge about biogas production that has been developed at the University of Borås.

Fredrik Johansson was appointed Honorary Doctor in Resource Recovery in 2021. 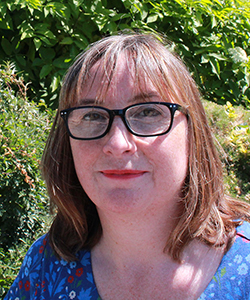 Kathleen Galvin was appointed Honorary Doctor of the Human Perspective in Care in 2022.