Expertise in library and information science in high demand

From EU ethical guiding principles for driverless mobility to privacy in public libraries, Veronica Johansson and Maria Lindh, Senior Lecturers at the Swedish School of Library and Information Science, provide important knowledge in various research projects – which put democracy and privacy in focus.

The European Commission has recently released recommendations from an independent multidisciplinary Expert Group for a safe and ethical transition to connected and automated vehicles. Among the experts behind the report is Veronica Johansson, Senior Lecturer at the Swedish School of Library and Information Science.

"This is probably one of the most far-reaching examples to date of where our subject knowledge has come into significant use," she says.

Veronica Johansson has previously written a doctoral thesis on critical perspectives on the visualisation of data and, in connection with this work, participated in discussions with other researchers with a focus on data and the future of road safety. She was contacted by a department of the EU's Directorate-General for Research and Innovation. They asked if she was interested in applying for a role as expert advisor for the task of developing recommendations for a safe and ethical transition towards driverless mobility. And she was.

"It was an assignment in a completely new context. It was very interesting and enriching," says Veronica Johansson.

Smart technology can have undesirable consequences

"We focused on the protection of privacy, on the right to equal treatment, on opportunities for transparency and for people to have reasonable opportunities to understand, choose, and influence what they agree to. Like what personal data is collected,” she says, continuing: “It may also be that, to the contrary, certain data should be protected as open and free resources in order to strengthen innovation and counter market monopolies. Simply put, we dealt with what is ethically justifiable and desirable from many different perspectives.”

Veronica Johansson points out that such issues are generally important in today's society, but that they are also expressed in some specific ways in regarding connected and automated vehicles and traffic environments. She highlights the risks that arise when private ownership is expected to decrease in favour of so-called mobility services.

"Through the algorithms and self-learning functions that vehicles and services will build on, we may find commercial actors in difficult-to-control positions of power. Individuals or groups of users are at risk of being weakened and made vulnerable.” 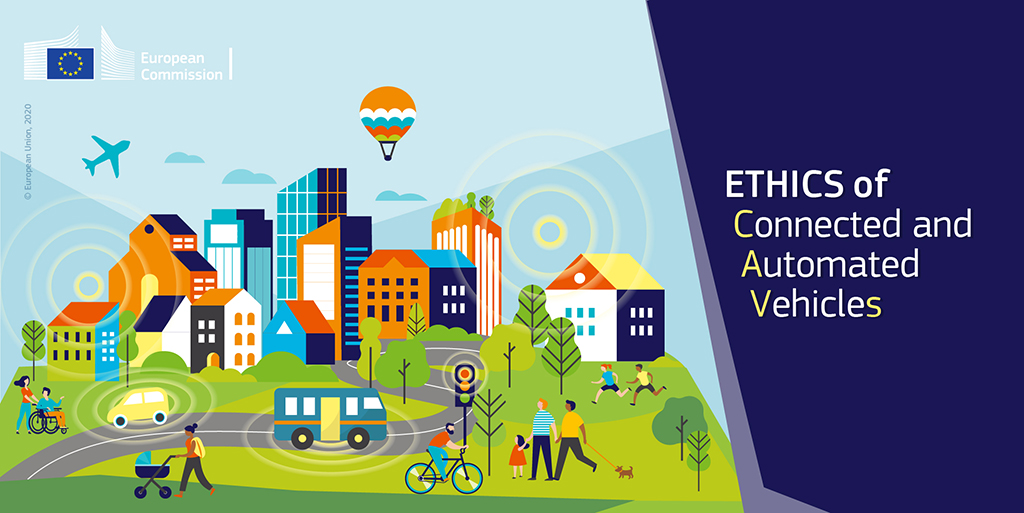 Veronica Johansson describes how AI systems that are self-learning can easily draw incorrect conclusions; assume connections between things that have nothing to do with each other; and pass along or even reinforce prejudices. As an example, she mentions that a vehicle or service can make the assessment that all young people, or certain areas, entail an increased risk of vandalism.

Other risks that she sees are that the vehicle or service violates or exploits loopholes in data processing rules, profiles customers, and starts making discriminatory differences in pricing. Similarly, the user can be subjected to unwanted tailored advertising based on prejudices grounded in assumptions about group affiliation.

"As a result, some individuals or groups may be deprioritised and not receive the same service or conditions. Such risks, whether introduced consciously or unconsciously, must of course be counteracted," says Veronica Johansson.

At the same time, she thinks it is important to point out that the researchers do not only see problems.

"Ethics is not only about avoiding injury and negative consequences, but also about acting to achieve positive effects. This is also clearly reflected in the group's recommendations.”

Building the traffic environments of the future based on ethical standards and principles, according to the report, provides opportunities to include previously marginalised groups in new ways, promote sustainable development, and find ways to increase transparency towards vehicle and road users.

"It creates better conditions for participation, equality, and self-determination. The report's 20 recommendations can hopefully contribute to such development at both the national and EU level," says Veronica Johansson.

It seems a little unexpected that subject knowledge in library and information science would be useful in the domain of self-driving cars.

"Yes, I think many people are surprised by that. At the same time, there is no question that this is a competence that we have. Information is at the heart of our subject and the broad multi- and interdisciplinary approach that we have enables us to combine a variety of perspectives, including ethical, legal, technical, and sociological, on information-related issues.”

Veronica Johansson points out that all the things we surround ourselves with today are "smart devices" that are connected to the internet and collect and process information in different ways.

"Smart devices have become information systems that can be studied and described from our perspectives. With the datafication of society – that more and more is transformed into and valued in the form of data – our research objects have simply increased,” she says, continuing: "Our perspectives are also unique because we have such a long and well-developed tradition of research and theories of information in different forms such as data. I had a lot to add in this way, in a group that nevertheless consisted of so many experts in different fields.”

Driverless mobility is expected to become a large-scale reality in the near future and the report will be used as a basis for policy decisions.

"We in the Expert Group plan to follow-up this work academically ourselves with articles in a scientific journal," says Veronica Johansson.

Now, together with her colleague Maria Lindh, also a Senior Lecturer at the Swedish School of Library and Information Science, she has recently published yet another report that ties in with the same theme, entitled "Weighing the value of protection: internet in public libraries – ideology, law, and practice." The project, commissioned by The Cultural Development Administration of Region Västra Götaland, Culture in Halland, and Library Development Sörmland, is based partly on the General Data Protection Regulation and partly on the changes implemented in the Public Access and Secrecy Act of 2018. And that means that confidentiality now includes not only information about an individual's loans and reservations, but also the use of information technology in library activities .

"It raised interesting and tricky questions about what fits within the concept of privacy, what technology should be covered, what knowledge and transparency of the legal and technical conditions are present in the libraries, and how this can affect users," Maria Lindh says.

A question related to integrity is that of intellectual freedom – and the two Senior Lecturers also studied this. The questions raised are to what extent Internet filters, for example, are used in libraries and whether it is possible to use the Internet and other kinds of information technology anonymously in the library. What information-related freedoms and risks can be identified in the context of the Internet and information technology in public libraries today, who has the power to make decisions, and what is most important: anonymity or traceability?

Veronica Johansson and Maria Lindh believe that public libraries are among the last outposts that have not been fully commercialised – a social institution in which personal and intellectual freedoms are still safeguarded. They play an important democratic role in ensuring equal access to information and information technology for all.

"Public libraries are a counterweight to large commercial players who are pushing for us to no longer see any purpose in trying to protect our privacy when we use the internet, or opportunity to do so," says Veronica Johansson.

Maria Lindh concurs, saying "These are issues that lie at the heart of the librarian profession and knowledge about them is increasingly in demand on a broad social front. We need to look at the ethical aspects of what happens when everything we use and do means that data about us is collected and we are profiled.”

In addition to direct privacy risks, the authors point out that the result may be self-censorship – that people do not dare to seek out information or communicate via electronic media about important but, from different perspectives, sensitive topics due to the fear of being monitored, or of data being leaked, and that they will be tracked, identified, or otherwise find themselves in trouble.

"If users don't know what information is collected, they might restrict themselves and be prevented from using and producing certain information that they otherwise would have. Basically, this is a question of freedom of expression and democracy and therefore incredibly important," Maria Lindh says.

It's all about human rights

These projects, in entirely different disciplines, have a clear common denominator.

"Both of these reports, make a foundational connection to the EU's and the UN's basic declarations on human rights," says Veronica Johansson.

She stresses that in both these projects, there are important ethical issues at play, such as the right to privacy and the right to freedom of access to information, to insight, transparency, and participation. And thus opportunities for the individual to understand and influence the conditions for the use of services and technology in the information society.

“This is a mutual thread running through both projects, basically how recent technological developments relate to and affect human rights. Ordinary laws cannot keep up and cannot cover everything, so we need to identify what else needs to be paid attention to and how,” says Veronica Johansson.

She points to the importance of information literacy, of educating people to promote their own interests and to protect their rights.

"What is described in various contexts as information literacy, data literacy, critical literacy and the like is an area that has grown and become more topical over time," says Veronica Johansson.