The Library has turned 50 years old

On November 10, the Library and the Swedish School of Library and Information Science celebrated 50 years after the start in 1972 when the training of librarians was moved to Borås.

The day was celebrated at the University of Borås with presentations that gave glimpses of the past, a cake party and a dinner with many speeches. The evening ended with dancing to live music. Staff and students as well as former employees were invited to take part in the festivities. It was a pleasant event with many dear meetings between former and new colleagues.

During the week that followed, the library also organized an art walk to showcase the artworks on the premises. At the same time, it was also possible to sneak through the library via a guided walk with trivia questions. In the library entrance there was an exhibition with literature on the theme of librarians.

A commemorative website was set up to make the celebration available. On the web, you can take part in history, managers over the years, interviews, a number of films and more. It is perfectly possible to take part in the website even now and also share a memory of the library. The website is in swedish only.

Take part in the celebration via the web 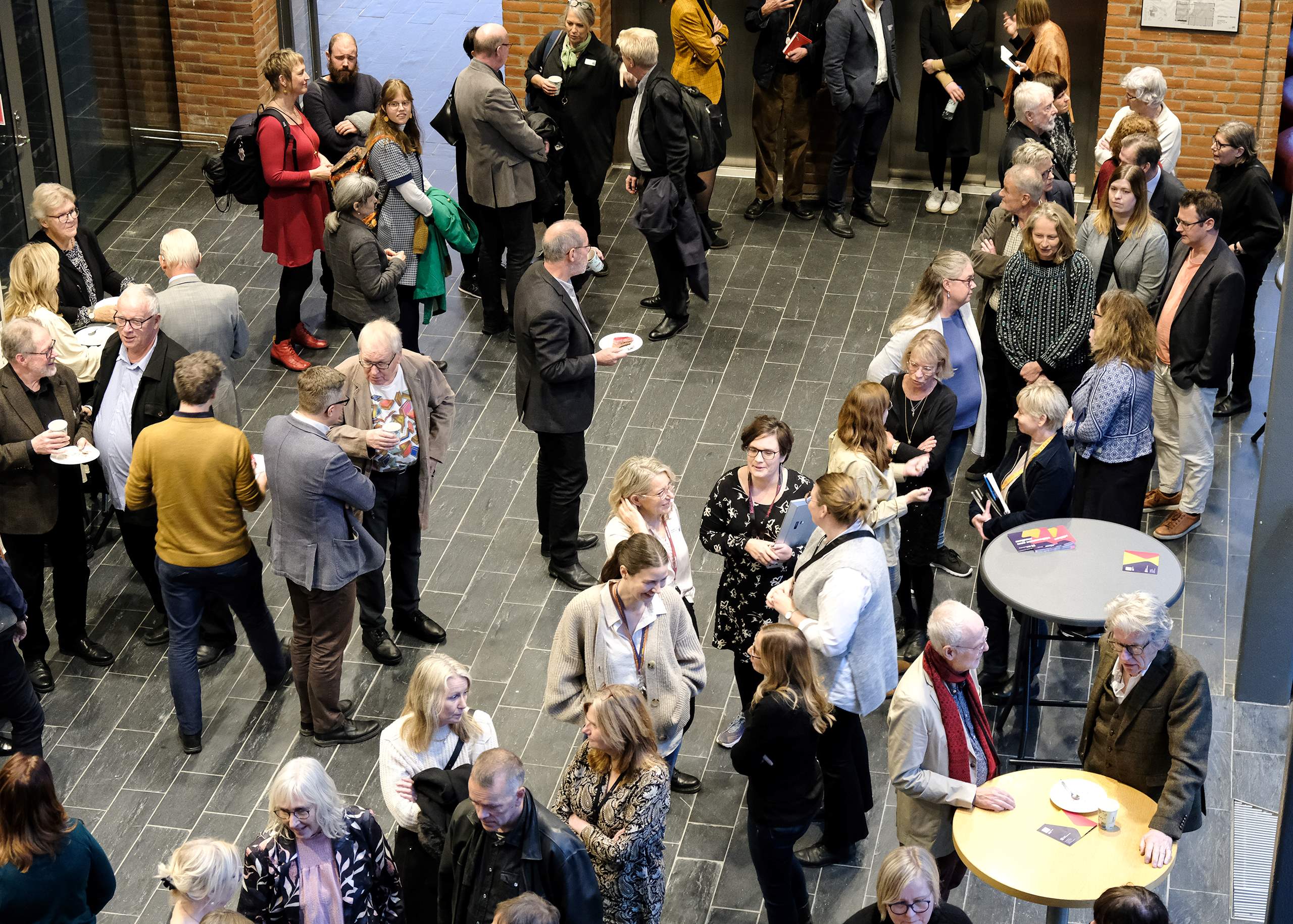