Faculty of Textiles, Engineering and Business (including The Swedish School of Textiles)

My research activity was started with basic experiments in chemistry in our garage when I was a high school student. However, I didn't have any real research activity, until being the second-year student at the university in chemical engineering. I parallel with my education in BSc, MSc and when I was lecturer afterward, I was involved in several consulting and research projects in the field of chemical engineering for about 7 years. In this period, I became familiar with biotechnology and decided to continue my PhD in this field, which was carried out in 1995-1999.

My Ph.D. work was on conversion of lignocellulosic materials to ethanol, where I focused on fermentation part. While graduated in 1999, I got a position as assistant professor at Chalmers University of Technology, which officially ended in 2004, although we still have a close collaboration. In this period, I worked part time at Lund University of Technology, and then Isfahan University of Technology. At Chalmers and Lund, I continued working on lignocellulosic ethanol, while In Isfahan, I developed both education and research in Biotechnology. Then, I moved to Borås in 2004, where the ethanol was continued as expected, but I enhanced my group with research on conversion of waste materials to several products such as ethanol, biogas, hydrogen, feeds and superabsorbents.

My vision is that “waste” is a “resource”, but our knowledge has not been developed enough to convert it to product, so we don’t use it and it remains waste that we want to get rid of it. If we look as molecules and atoms of any wastes, we should be able to find out many methods and many valuable products to use the wastes and products. This is the basic concept of “Swedish Centre for Resource Recovery”! 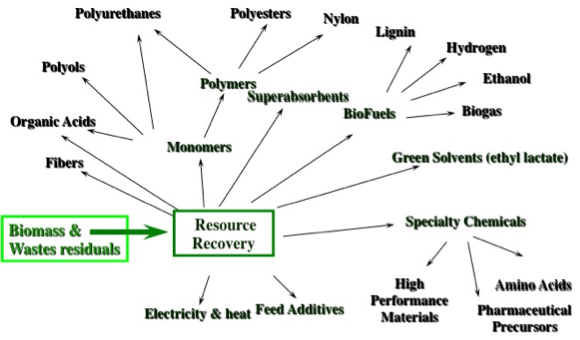 More information about the work of me and my research group, please visit www.taherzadeh.se